Why use a locksmith to open a locked safe?

The short and obvious answer is that if you lose your key or forget your combination to a safe, you need a way to open it up without destroying the safe and whatever it contains. A safe locksmith is the best and easiest way to accomplish this. Find safe locksmith services in your area, wait for them to solve the problem, and whatever you do, don’t try and break the safe open yourself. Why shouldn’t you try to force open a safe yourself?

When people without the proper training and tools try to crack a safe, they run the risk of permanently breaking the safe, destroying what’s inside, or both. It’s easy to panic when you see that your safe won’t open, but you want to take a step back and consider your options. You may assume that it’s necessary to break the safe open in order to get what you need inside, but that’s probably not the case. It’s also easy to think that it would be faster to try and break the safe open yourself if the matter is time-sensitive, but locksmiths can work a lot faster than you might expect.

How long does it take to unlock a safe?

The fact of the matter is that it depends. There are countless types of safes, with different brands and different models requiring completely different solutions. With an art as old as lock mechanisms, you may even have a lock that is decades or centuries old. To get an idea of how long it would take to perform a safe unlock, you may need to have a safe locksmith take a look at it.

However, if you have a modern and popular variety of safe, then it will likely be a lot easier for your locksmith to get inside. The whole process may only take a couple of minutes, but that can increase to hours depending on what sort of safety features your safe has. You can think of the process as a bit like a phone’s lock screen, where repeated failed attempts lead to a waiting period before more attempts can be made.

Locksmiths are generally able to unlock safes without causing any lasting damage whatsoever, but that isn’t always the case. If the safe has been specifically designed to be damaged by lockpicking attempts, then that outcome may be unavoidable.

It’s important to note that locksmiths employ a variety of methods and techniques to open a safe. They start with what is most likely to be successful while causing the minimum amount of damage, then move on to more drastic measures if those don’t work. In some cases, you may end up with an unlocked safe that has a few extra scratches, but no permanent impact on the function of the lock. If it comes down to destroying the lock or leaving the contents sealed up forever, then the locksmith will inform you of your options.

Why are safes so popular nowadays?

Historically, safes have been fairly uncommon and mainly used by the very rich to protect their wealth. However, as time and technology have marched on, safes have become more and more affordable. Where only big businesses might have used safes a few decades ago, it’s not unusual for the average homeowner to have a safe in this day and age.

The problem is that knowledge about safes hasn’t necessarily spread quite as fast as safes themselves. More and more people buy safes to keep their precious belongings secure, but they don’t always inform themselves about exactly how they should handle safes. This leads to a lot of misunderstandings about what to do when one gets locked out of their own safe.

In many cases, this stems from safe owners overestimating themselves and believing that they are above getting locked out of their own safes. Some people can build up an idea in their head that it will never happen to them, then be too proud to go to a locksmith when it does happen because they see it as a sign of weakness and personal failure. This couldn’t be further from the truth. Getting locked out of a safe can happen to anyone and there is no shame in requesting the services if a trained locksmith. Trying to do it yourself can lead to the safe being broken past the point of repair, your belongings being destroyed, or throwing in the towel and needing to call in a locksmith anyway.

What are the different types of safes?

There are two main types of safes that you need to know: combination safes and electronic safes. There are both similar and dissimilar in many ways, but most locksmiths are trained in dealing with both.

How do combination safes work? 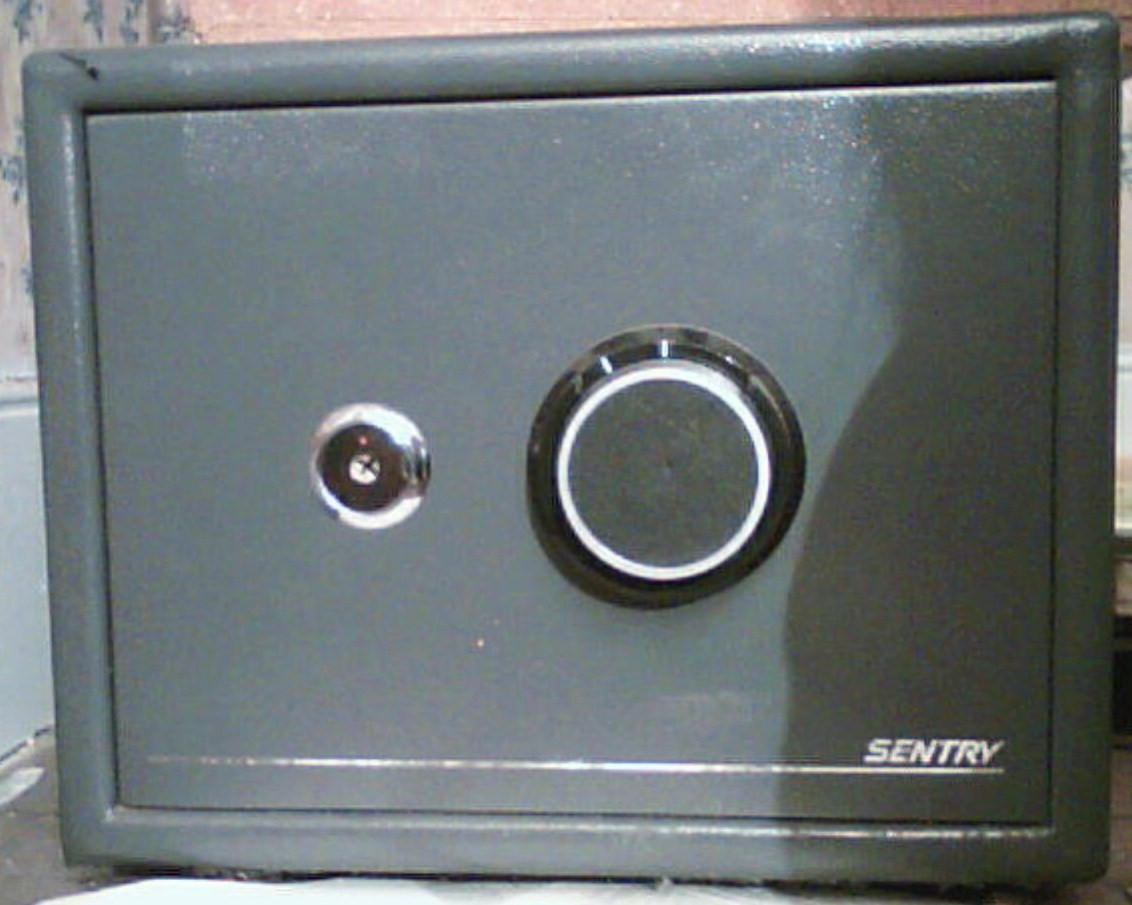 The short version is that combination safes have wheel packs that consist of several wheels. When you get a number right, a wheel moves into the correct position. Once all the wheels are in the right positions, the bolts can be moved and the lock can open.

How do electronic safes work? 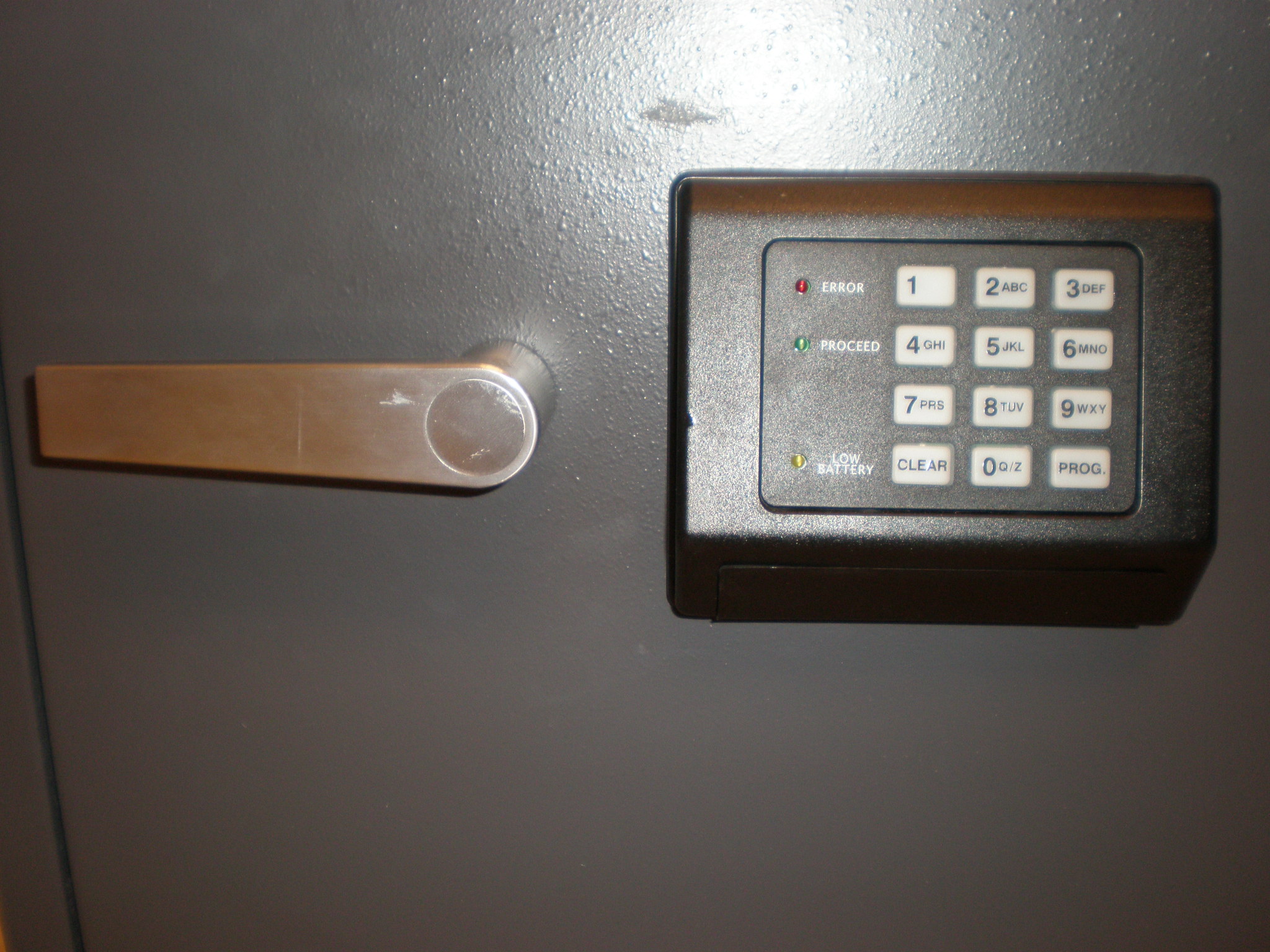 With an electronic safe, you put in the code and the bolts release. There are no spinning wheels underneath or complex mechanisms to keep in mind. You either have the code or you don’t, there’s not much in the way of lockpicking.

That being said, many electronic safes do come with an emergency key feature that allows you to open the safe if you forgot your combination or the power died. In that case, there is a physical element to the safe that could be opened with a little precision work, which is where a locksmith could come in handy.

So how do locksmiths deal with these locks?

Though these locks may sound fairly different, they can often be opened in many of the same ways. Locksmiths are thoroughly versed in dealing with both, so just because you have an electronic safe, don’t think that it can’t be opened by a locksmith.

When it comes to opening safes, one of the first methods used for combination locks is gently manipulating the lock, often with the aid of quiet auditory cues.

Though it may sound crazy, it’s true that a locksmith can actually use a keen ear to perform a safe unlock. Once you understand the exact mechanics of how this works, it makes a lot more sense.

In essence, when a number is correctly entered into certain types of combination safes and the associated wheel enters the correct alignment, a small sound is made. If you listen carefully enough, you can make the sound out. However, not only is the sound very quiet, it can even be impossible to detect with the ear alone. This is one of the reasons why a locksmith might use the same sort of tool a doctor uses to listen to heartbeats (a stethoscope) to listen for tiny sounds from the lock.

The main advantage of manipulating a lock like this is that it doesn’t damage the safe at all. If you got locked out of a safe over and over, you could keep calling in a locksmith and never getting a single scratch on your safe from getting it open.

However, it can also be an extremely lengthy process. If the locksmith gets lucky and they hit the right answers early on in the process, the whole affair can be over and done in a couple minutes. However, if they get unlucky or if they have to go through the possibilities several times because the sound is too faint, then it could take a very long while to get the safe open.

What do locksmiths do when playing it by ear fails?

If listening to the lock doesn’t work or if the safe is of a model that can’t be opened that way, then a locksmith may need to resort to more damaging measures. A drill is one of the most common tools used at this point, but not necessarily in the way that you might expect.

Instead of drilling a big hole in the safe and brute forcing the whole thing open, a locksmith actually drills a tiny hole in the lock mechanism, then uses a precise tool to examine the lock from the inside. The damage will need to be fixed after, but it will be a lot cheaper than having to replace the entire safe from a more drastic method.

The main problem with drilling a hole in the lock is that it’s a bit of an outdated measure. It still works fine on a lot of older models, but many modern safes have security measures specifically made to counter this approach.

If a locksmith needs to get a closer look in a drilled lock, then they may place a boroscope in the hole. A boroscope is a long and narrow instrument that uses a small mirror or camera at the end to give the operator a closer look into tight and inaccessible spaces. The use of a boroscope can let a locksmith figure out exactly what sort of security your lock has, allowing them to work around any fail-safes or countermeasures. If they try to force the lock open without dealing with such security systems first, then the contents of the safe or the safe itself might be irreparably damaged.

What if those measures don’t work?

If listening and drilling don’t work and you value what’s in the safe more than the safe itself, it will be necessary to force open the safe in a way that will likely leave it broken. The following methods are only used when other options have failed and you can’t afford waiting around to potentially remember or find the combination.

The first destructive method is to cut the safe open. If one cuts the bolts that hold a safe shut, they can easily open the safe. However, cutting the bolts is much easier said than done. Saws and torches are commonly used, but you can’t just use any old saw. You need a specialized variant, as well as specific training, which is why you want to leave it to a locksmith and not attempt it yourself. Since only the bolts are being cut, it’s fairly uncommon for the effort to damage the contents of the safe.

The second destructive method is to pry the safe open. If for some reason the bolts cannot be easily accessed with a saw or torch, then it may be necessary to pry open the door with brute force. This requires specialized machinery that can exert a massive amount of force while simultaneously being precise enough to not damage whatever you have inside.

Is there anything you can do?

It may be tempting to try and pick the lock yourself, but you want to be careful. It may seem like there’s no harm in giving it a shot before calling in a professional, but that isn’t necessarily true. If you trip a fail-safe security mechanism, you could make the locksmith’s job much harder when you do eventually ask for their assistance.

What you can do is gather as much information as possible for the locksmith beforehand. Figure out exactly what sort of brand model you have, list everything that’s inside it, and note any other details that might be relevant. These can all point a locksmith towards one solution or another since some methods are better suited to some models and some methods might be too damaging to certain types of contents.

Once you have all that information, look up “safe locksmith near me” and find Safe Locksmith Services that operate in your area.